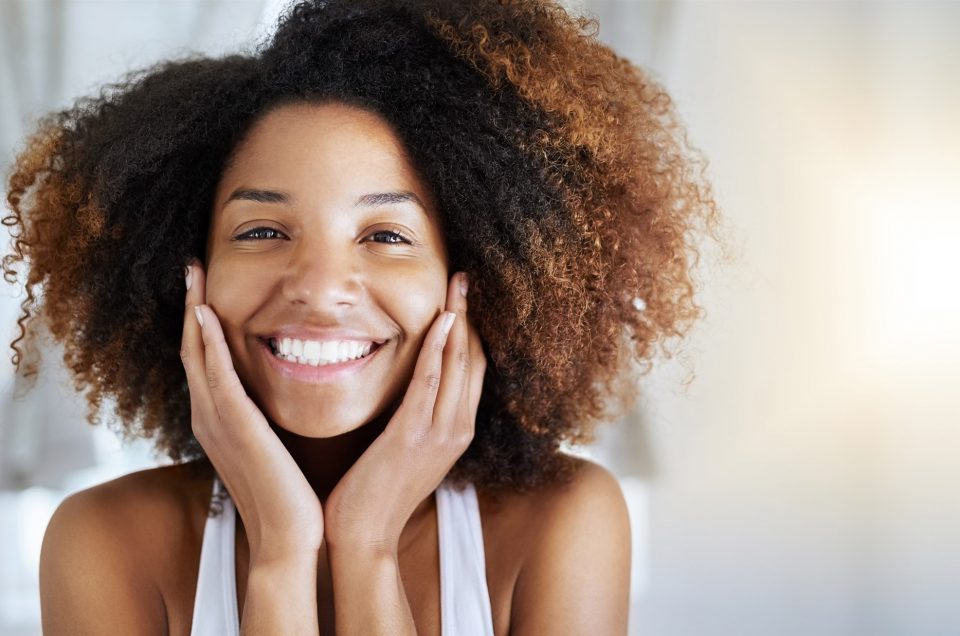 A simple smile can actually make you feel a little happier, according to a new study published today in the Psychological Bulletin. The study looked at 50 years of data about facial expressions to answer one main question: Can expressions actually make people feel the emotion on their face?

Researchers on the project decided to gather up all of the conflicting data about facial expressions and conduct a meta-analysis using data from more than 11,000 people based all over the world. After parsing out all of the findings and running new analyses, they found that facial expressions did affect people’s feelings, although the effects were relatively small. For example, if a subject smiled, they reported feeling a little bit happier; if they scowled, they felt angrier; and if they frowned, they felt sadder.

Smiling can trick your brain into believing you’re happy which can then spur actual feelings of happiness. But it doesn’t end there. Dr. Murray Grossan, an ENT-otolaryngologist in Los Angeles points to the science of psychoneuroimmunology (the study of how the brain is connected to the immune system), asserting that it has been shown “over and over again” that depression weakens your immune system, while happiness on the other hand has been shown to boost our body’s resistance.

“What’s crazy is that just the physical act of smiling can make a difference in building your immunity,” says Dr. Grossan. “When you smile, the brain sees the muscle [activity] and assumes that humor is happening.”

“Even forcing a fake smile can legitimately reduce stress and lower your heart rate,” adds Dr. Sivan Finkel, a cosmetic dentist at NYC’s The Dental Parlour. “A study performed by a group at the University of Cardiff in Wales found that people who could not frown due to botox injections were happier on average than those who could frown.”

If nothing else, it’s a great reminder that the mind-body connection is real—and a worthwhile tool to try out if you need a quick mood booster. And in addition to giving you a little extra pep in your step, cardiologist Joel Kahn notes that there are many other benefits of smiling, like reducing stress and anxiety, helping to control pain, putting others at ease, and strengthening your immune system.

And perhaps best of all, smiling is contagious: You can light up a room just by walking into it with a big grin on your face!